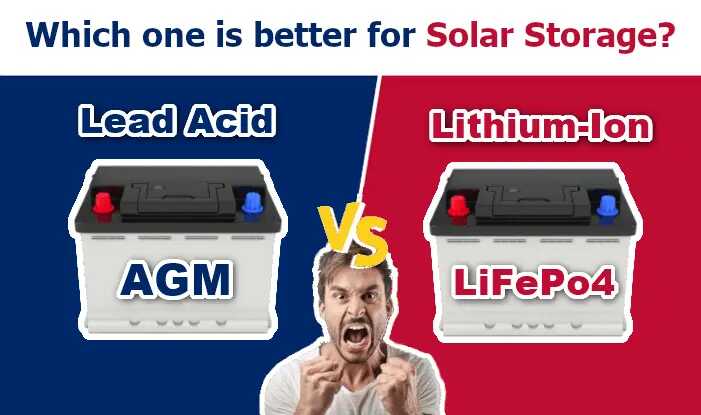 Solarmonsters.com may earn a small commission from affiliate links in this article. Learn more here

Solarmonsters.com may earn a small commission from affiliate links in this article. Learn more here

High-quality battery storage is essential for any off-grid solar energy system, but which type of battery is right for you? Traditionally, many systems have used a type of lead acid battery technology known as absorbent glass mat (AGM). In AGM batteries, the positive and negative electrodes are separated by a woven fiberglass mat soaked in acid. These batteries are often a go-to choice because they’re safe, maintenance-free and affordable.

More recently, lithium iron phosphate (LiFePO4) batteries have gained popularity in many solar applications. These batteries use an iron phosphate cathode and a graphite anode to store and supply energy safely and efficiently. You’re likely to pay considerably more for a lithium-iron battery pack, but the bigger price tag also comes with an array of intriguing advantages.

We know from experience that choosing the best battery for your needs can seem like a daunting challenge. To help you cut through the confusion, we’ll take a look at how these technologies measure up and which options we’d recommended for typical off-grid applications.

AGM-vs-Lithium: The Tale of the Tape

Because they use such radically different designs, AGM and LiFePO4 batteries also offer stark differences in terms of cost, performance and practicality. To provide a useful comparison, we’re breaking down the six key factors we believe are most important when choosing batteries for off-grid solar.

In simple terms, depth of discharge measures how much of a battery’s total energy capacity is expended before the battery is recharged. When too much energy is discharged in a single cycle, it can result in declining performance and a shorter lifespan.

With an AGM battery, the recommended maximum depth of discharge is typically around 50%. Many lithium batteries, on the other hand, can reach nearly 100% discharge without issue. The practical upshot of this disparity is that, even with the same maximum capacity rating, lithium-iron batteries can provide significantly more usable energy than their lead-acid counterparts.

Thanks to their more efficient design and higher recommended depth of discharge, lithium iron phosphate batteries are the pound-for-pound champion of solar energy storage. In fact, a lithium battery system can be more than three times lighter than an AGM battery pack of equivalent functional capacity. This makes lithium-iron batteries easier to transport and install, more capable of handling a variety of loads and more practical for applications in which space is limited.

The speed at which a battery can be recharged depends largely on the amount of current it can safely accept. Lead-acid batteries generate heat as they’re charged, limiting the amperage that can be used. Additionally, the charging rate for a lead acid battery drops significantly as the battery gets closer to full capacity. Lithium batteries, meanwhile, can safely be charged at higher amperages and with less drop-off as they near capacity. As a result, lithium batteries can often charge several times faster than equivalent lead-acid batteries.

While lithium batteries charge and perform well under most conditions, it’s a different story in cold weather. Once temperatures fall below freezing, lithium batteries become much less effective and may not charge properly. Lead-acid batteries can usually continue operating normally in frigid conditions, though they may lose some efficiency. Regardless of the battery type, effective temperature regulation can help ensure smooth and reliable performance in any weather.

There’s no denying that lithium-iron batteries are expensive, often costing three times as much as comparable lead-acid batteries. The hefty price tag is often enough to turn people away, but higher up-front costs are only part of the equation. With a much longer lifespan and a significantly higher recommended depth of discharge, lithium batteries can actually be more cost-effective than AGM batteries over their full lifespan.

The Advantages of LiFePO4 Batteries

It’s clear that lithium batteries offer strong performance and superior longevity, but those aren’t the only advantages. Thanks to a few key innovations, lithium iron phosphate batteries are among the safest and most efficient energy storage solutions on the market.

The key to success in any off-grid solar application is selecting the right batteries for the job. There are trade-offs involved in either choice, but the answer ultimately depends on your budget and your individual needs. To help you make an informed choice, let’s look at a few typical scenarios that best suit each battery type.

When We Recommend AGM Batteries

An AGM battery pack is a great way to enjoy occasional off-grid power without much of an investment, making it ideal for weekend warriors. Lead-acid batteries are also the most practical way to power a cabin or vacation home that’s only used a few times per year. In particular, we recommend lead-acid batteries for powering lights and other small loads that require up to 80 amp-hours of usable capacity daily.

When We Recommend Lithium-Iron Batteries

Because of the steep up-front cost, we recommend lithium battery packs for home solar arrays and other long-term daily applications. The superior performance of a lithium battery pack makes it perfect for powering air conditioners, electronics and other large loads that require 300 amp-hours or more per day. Lithium-iron batteries are also the best option for providing autonomy when charging sources may not be available.

See Also: How to Size Battery Bank for Solar Panel 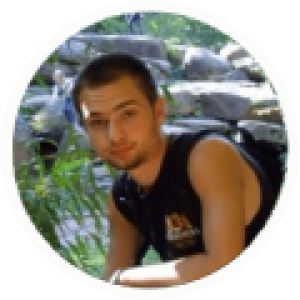 Chris grew up in the tech center Silicon Valley, California.  His house is filled with all kind of amazing cool gadgets. In his spare time he enjoys hiking and camping in the wild. If you’re here to look for the best cutting-edge gadgetry, Chris for sure will give you a ton of suggestions and hot tips.
View All Posts

No votes so far! Be the first to rate this post.

This Site Is Designed By:

This Site Is Hosted By: